What Happened to the Rocket Car? 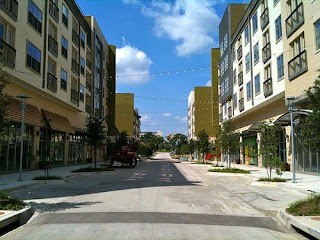 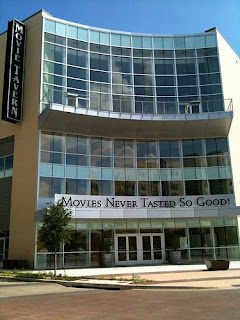 I drove through my old Fort Worth neighborhood today. I must admit, I was a bit envious. The area between downtown and the Cultural District is in the final stages of a dramatic redevelopment. Soon, a Movie Tavern, restaurants, and cool loft apartments will open, making the West 7th corridor once of the most vibrant parts of Fort Worth.
Yet, I feel an odd sense of loss.
For the twenty years I lived on the westside, this vital link between the city's two biggest attractions featured nothing more than a handful of used car lots and old fast food outlets. Included in that mix was one rather shabby outlet called Aardvark Used Cars and Rental. I honestly don't think in twenty years I ever saw anybody ever shopping at the Aardvark. Why would they? The Aardvark had less than 5 cars on the lot.
But the Aardvark did posses one very special vehicle. The Rocket Car.
The Rocket Car looked like some threadbare handyman's attempt to break the world speed record at the Bonneville Salt Flats. For twenty years, the Rocket Car sat in the lot of Aardvark. Alone. Abandoned.
Can I be the only one who wondered what ever happened to the Rocket Car?
If we made four bent billboard post into a piece of artwork at the new post office, couldn't we have done the same for the Rocket Car?
If I had a chance three years ago to sit down with Roger Staubach, the developer of this new neighborhood, I would have offered him one suggestion. "Believe me, you're going to want that Rocket Car"
(photos courtesy of FortWortholgy.com)
at September 21, 2009