The Bishop Arts District in Oak Cliff is one of my favorite parts of Dallas. The mix of people and commercial ventures make the streets come alive with a sense of community that is often lacking in the 21st Century cookie cutter world of commerce.

It's obvious that the area was once shops that serviced a early 20th century neighborhood. But I had no idea how far it had fallen before it became the hip and cool area that it is now. Look at this photo of Bishop Street circa 1985 that was recently published in Advocate Magazine 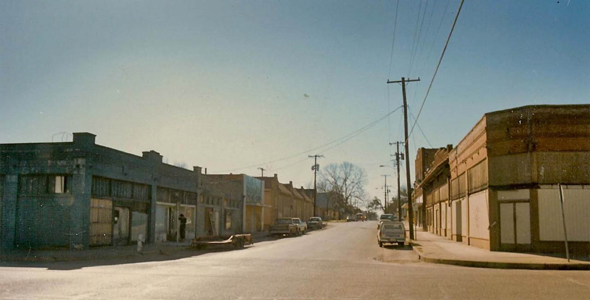 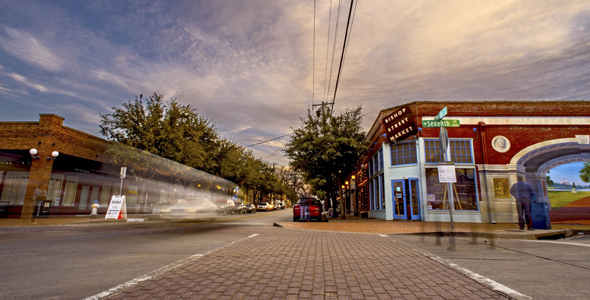 Fast forward to 2019, and Bishop Arts District is exploding.  The size of the commercial district has almost quadruples and that isn't even considering the neighborhood that is rapidly changing.  The district  was once surrounded with small frame houses and small apartment complexes.
The housing supply catered to lower income working class demographic. Today, the neighborhood is rapidly changing.  Entire blocks have been leveled with new complexes being built.
Town homes starting at $500,000 are being built next to older apartment buildings that rent for a fraction of that.  I would be worried if I live in an affordable apartment and they are building condos next door.  How long before the owner of your building cashes in? 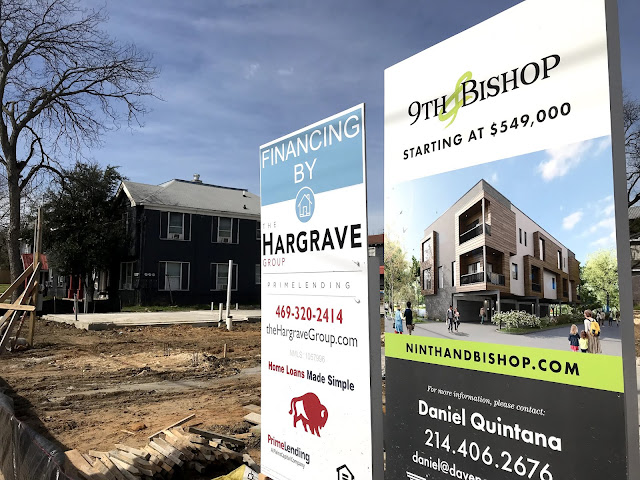