Ever Heard of the Great Trinity Forest?

Don't feel ashamed. I don't think many people have.

Most people I've asked are shocked when they find that the Great Trinity Forest is in Dallas, just a few miles south of Fair Park.
I've talked to folks who've lived in Dallas their whole life and they've never heard of a park that consists of over 7,500 acres. How could one of the largest urban parks in the world be virtually unknown in the city in which it exists?

Manly because it used to be known by another name. It was called a 'flood plane' for the Trinity River. Before that it was known as 'abandoned farm land'. The term "Great Trinity Forest" started to be thrown around by environmentalist who wanted to preserve the area from the Army Corps of Engineers who wanted to channelize the Trinity River.
The term was later adopted by supporters of the Trinity River Project. What better way to get people to embrace a toll road through a river bed than to include over 7,500 acres of parkland in the proposal.

I recently took an afternoon to discover a couple of the trails that cross the GTF. There are some amazing paths that feel like you are hundreds of miles from Dallas. There are also a few that start in some questionable neighborhoods. One of the most spectacular trails is the Buckeye Trail.  Another, the paved Joppa Preserve Trail is part of the former Joppa Plantation.

I got a chance to experience the Piedmont Ridge Trail  and the Sceyene Overlook. (which is part of the Gateway Trails). It is quite odd to be hiking through South Dallas and looking out at acres of untouched land. Both of these trails offer stunning vistas of the Great Trinity Forest. (the very first photo was taken from the Sceyene Overlook)

The city of Dallas could do a better job of offering information about these trails. Many of the trails maps are difficult to find, and some of the trail heads could be better marked. I've included a few links of different web sites at the end of this blog, to help you discover the different trails.

Perhaps the best way to discover the Great Trinity Forest in one afternoon, is to visit the Trinity River Audubon Center. Built deep in the Forest on a reclaimed landfill, the Center offers a variety of short trails through a number of ecosystems. In the center of the reserve is a stunning building that offers perhaps the most comprehensive exhibit on the Trinity River basin; past, present and future. 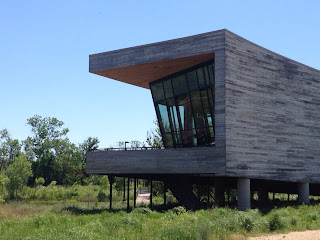 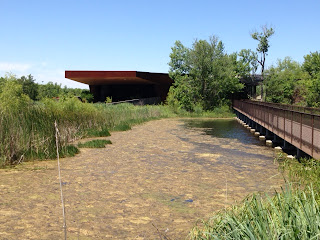 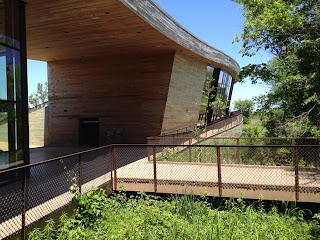