Back in their day, when Bonnie and Clyde needed to get out of Dallas fast, they would take old Singleton Avenue from West Dallas into the nearby countryside.

The construction of Loop 12 made one of older sections of Singleton obsolete. It sat lost in the woods for many year until the city of Irving decided to make it part of the Campion Trail. Much to their credit, the trails designers decided to leave three old bridges that were once part of the old road.  One bridge, an old metal bridge replaced later by a concrete bridge, was memorialized in a poem by Bonnie Parker.

"From Irving to West Dallas Viaduct,

Is known the great divide

Where the women are kin, and the men are men

and they won't stool on Bonnie and Clyde"

The Campion Trail connects you to the three lost bridges of old Singleton Road, once used as a escape route for Bonnie and Clyde

To find the section of the trail that connects to old Singleton Ave:  Directions and Map

Take the Shady Grove Exit off Loop 12 in Irving. Go east and park in the Irving Golf Course Parking Lot. The trail can be seen between the parking lot and the softball fields.  Take the trip south about half a mile to find the three old bridges.

The Campion Trail
This is just a small portion of a much larger 22 mile trail that will one day be part of a system that will connect Dallas to Fort Worth.  Currently the trail ends to the west, connecting to Grand Prarie's Lone Star Trail.  To the north, the Campion Trail connects to Coppell's trail system and eventually to Dallas' trails 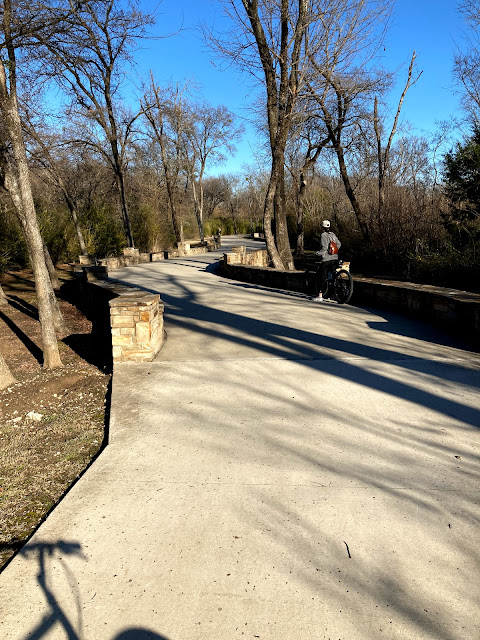